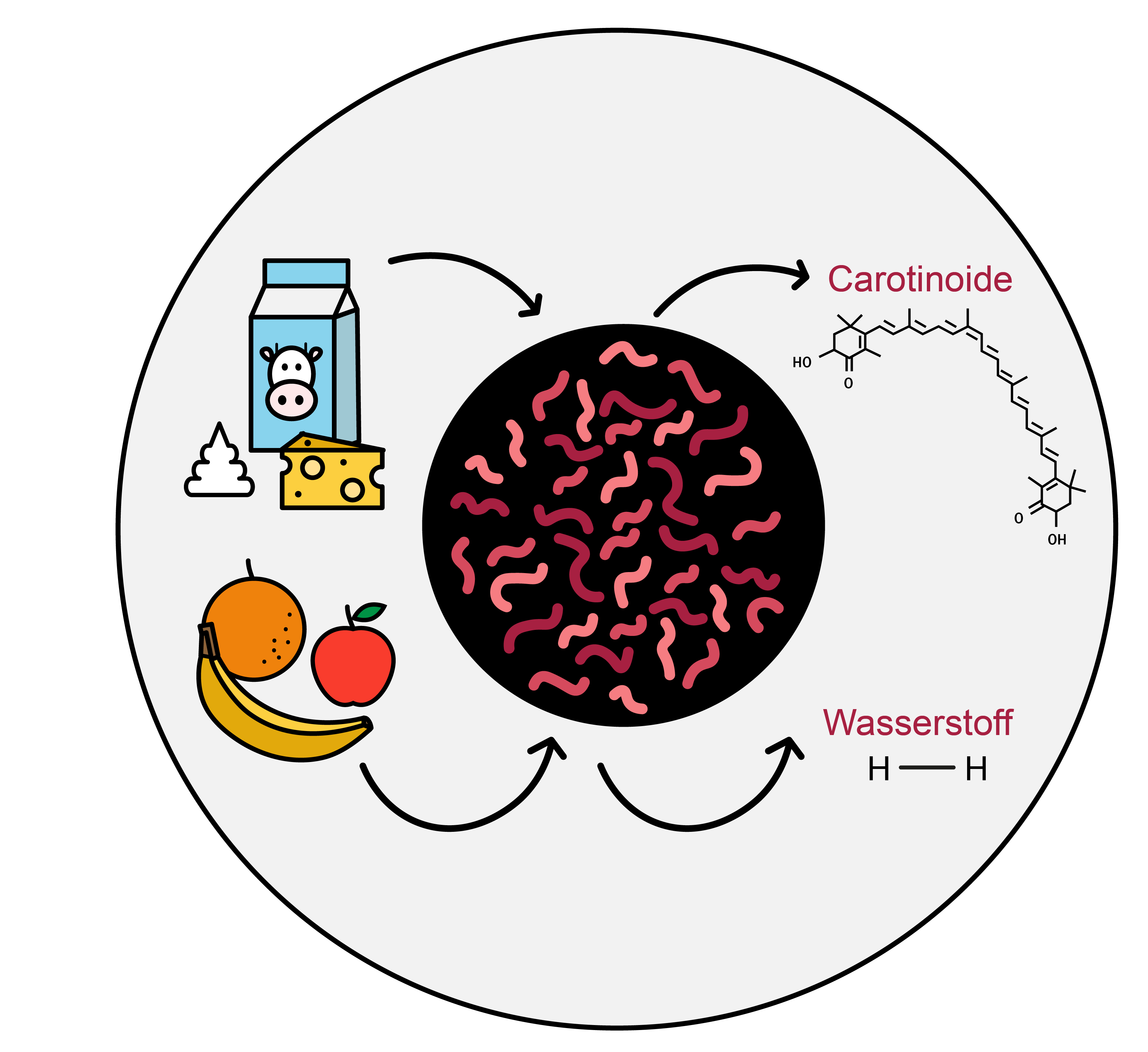 The project should demonstrate the potential of the purple bacterium Rhodospirillum rubrum for large-scale hydrogen production using fruit- and milk-wastes as substrates. This novel process ("dark photosynthesis") does not require light, is cheap to run, and readily up-scalable. Parallel to hydrogen production, the "dark photosynthetic" metabolic regime can be utilized for the simultaneous production of high-value industrial products, e.g. terpenoids. The "dark photosynthesis" process still allows the possible use of a low energy illumination for further enhancement of hydrogen production efficiency. It is intended that the project should be an important contributor to a future hydrogen economy and also circular bioeconomy in Germany. The future market potential of the "dark photosynthetic" process will be analyzed by a systematic study of the integration of the process into various energy sector scenarios.

The aim of the project is the development of an industrial-scale hydrogen production process with purple bacteria using fruit- and milk-wastes. The availability of raw materials will be evaluated and possible application scenarios will be systematically analyzed. The economic evaluation of this technology should facilitate a successful market entry.

The R. rubrum production strain will be genetically optimized for increased hydrogen production capacity, as well as a reduction in the excretion of wasteful fermentation products. The selection criteria will be adapted for stable large-scale fermentation. The genetic optimization will be performed by incremental improvement via high-throughput mutagenesis and robotic screening methods.

The hydrogen production capacity and metabolic profiles of optimized strains will be characterized in an intermediate-scale bioreactor, and process-optimized by varying the environmental parameters. The optimized parameters will be used as starting values for a hydrogen-producing pilot-scale bioreactor process.

The bioenergetics potential for hydrogen production obtainable from fruit and milk waste biomass via the “dark photosynthesis” process will be evaluated. Potential production topologies and various application scenarios will analyzed. The application with the highest economic and ecological potential will be selected, and the associated CAPEX and OPEX costs, as well as GHG emissions calculated. Strategies which are most likely to overcome barriers and inhibitory factors will be developed, and their economic and ecological potential re-evaluated. The results will be summarized as recommendations for a successful market entry.

The possibility that the hydrogen production capacity can be increased by a weak “enhancement” light source will be examined. For this purpose, a wavelength- and pulse-programmable LED illumination source will be constructed, which can be embedded within the software of the process regulation. The illumination source will be optimized for the small laboratory scale hydrogen-producing process, and then these parameters used as starting values for the pilot-scale bioreactor process. The prototype will be modular in construction and adaptable to other photosynthetic systems, thereby facilitating a broad market entry. 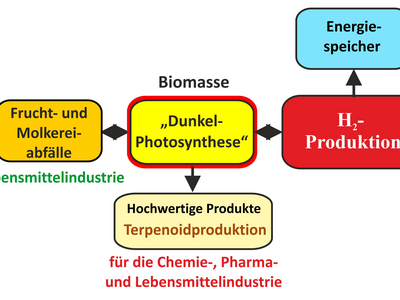