Electrostatic dust collector for biomass boilers developed for domestic use.

Leipzig, June 5, 2018 - Researchers at IZES gGmbH and practitioners at boiler manufacturer Hoval GmbH are jointly developing an electrostatic dust collector. The newly developed separator, as an intelligently operating system, automatically adjusts to the utilization of the upstream boiler. A cost-effective, robust alternative to other methods of exhaust gas purification is available. However, the continued low oil price is slowing down market acceptance of this promising development.

At the beginning of 2015, the legal limits for the emission of dust particles were tightened in the 1st Federal Emission Control Ordinance. This is particularly relevant for small to medium-sized biomass boilers with a rated thermal output of less than 1,000 kWth, such as pellet boilers or logwood firing systems in single-family, two-family and multi-family houses as well as in residential areas. One way of reducing the emitted dust in such firing systems is to use electrostatic dust separators which can be retrofitted or integrated depending on the combustion chamber geometry of the boiler.

THE ADVANTAGES
Since the 2nd stage of the 1st Federal Emission Control Ordinance came into force more than three years ago on January 1, 2015, electrostatic dust collectors have been increasingly used for domestic exhaust gas cleaning. In contrast to other methods, the advantage is primarily in the robust, simple and relatively inexpensive design. Two solutions that merge the "boiler" and "electrical separator" systems in terms of process technology have been implemented. Thus, the developed prototype of the separation system can be integrated into the biomass boiler or flanged directly to the boiler body using a specially developed filter box. In the case of direct integration of the separator, the costs can be significantly reduced compared to a downstream solution. This is possible because some components of the separator, such as the ash charge or collecting electrode, are already part of the boiler. 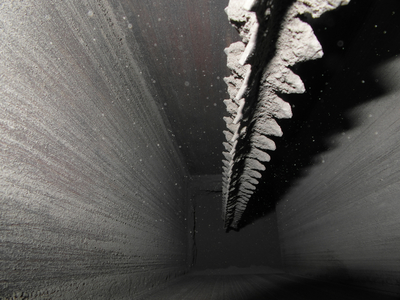 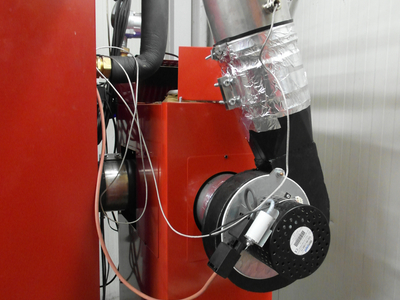 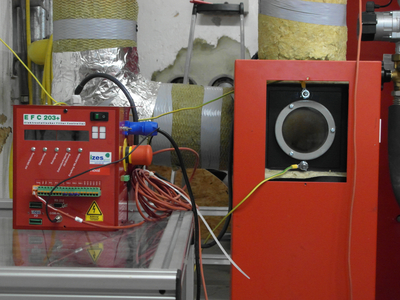